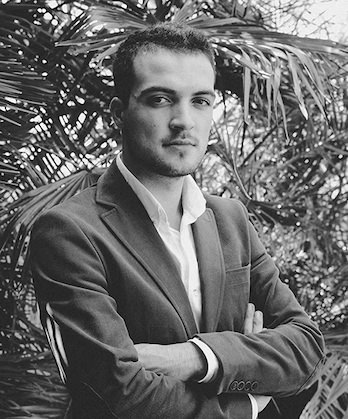 Joel Brandão is producer and director since 2012.

Master in Cinema and Audiovisual by the School of Arts, Catholic University of Porto. Degree in Communication and Multimedia from UTAD – University of Trás-os-Montes and Alto Douro.

Joel’s profesisonal career focusses includes the production of fiction and documentary films and the production of commercial and institutional videos. Between 2012 and 2016 he worked for various creative and production agencies as a director, producer and editor developing various audiovisual and commercial content for brands such as UBER, Flama, Bosch, Vulcano, Comic Com, etc.

In 2016 he made and produced the video clip “Sea and the Breeze” by artist Dan Riverman.

In 2016, he worked as an assistant director for the short film “Reg regression” by director Pedro Branco. Film produced in the city of Chaves and distinguished at the Richmond International Film Festival – RIFF (2016).

In 2018, he produced the documentary “Inside”, shot in the cities of Macao, and Hong Kong – China. Project supported by the Orient Foundation and the University of Saint Joseph in Macao.